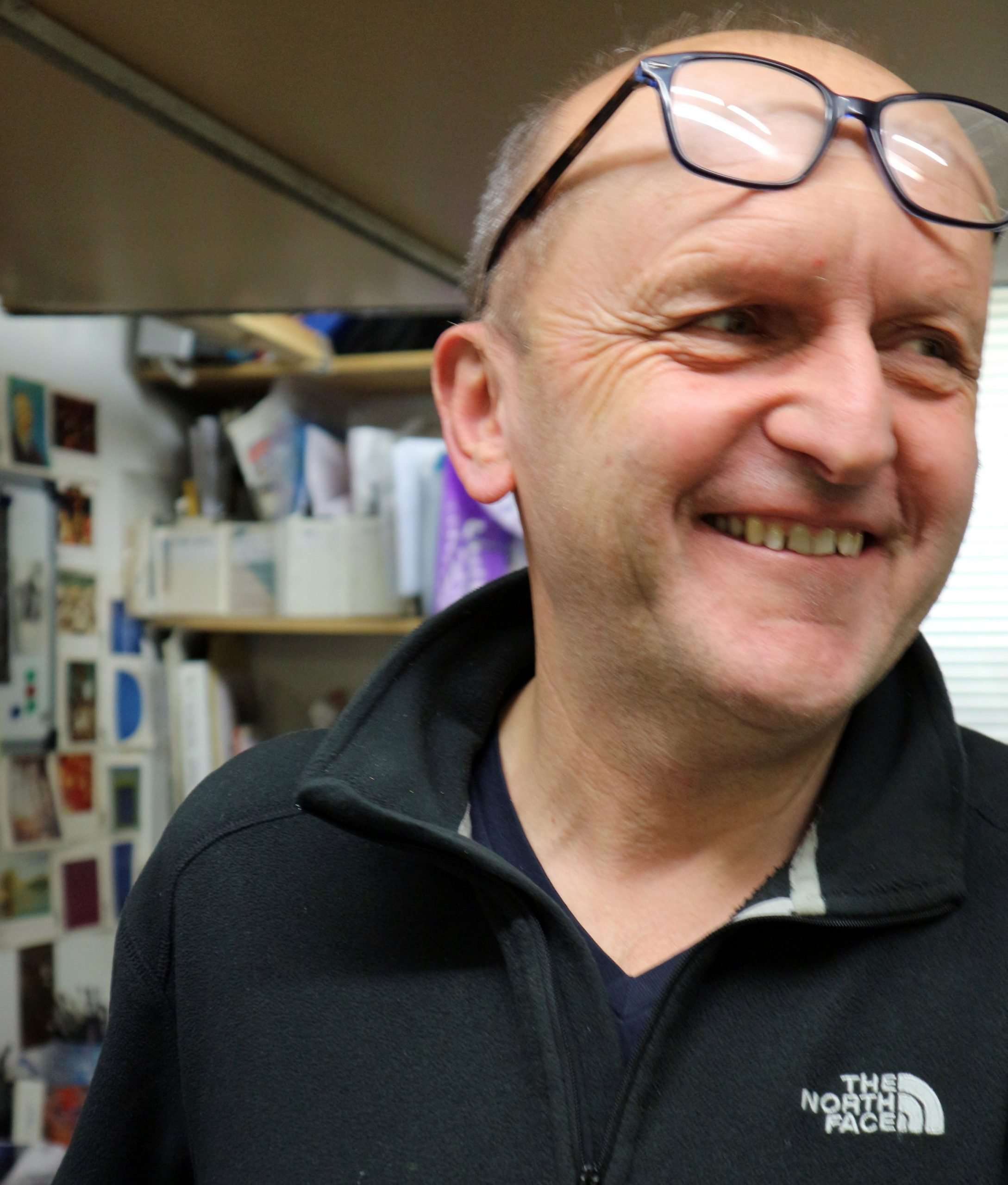 issue #7 of painters TUBES magazine featured four brilliant artists each with their own article..

Here is the extract from one of those articles… Patrick Blower – famed as a cartoonist for the Telegraph in London (UK) but he is also known as an accomplished painter..

“Politicians get drowned…by the wonderful seascapes of Patrick Blower”

As the Editor of Tubes I often make trips to visit artists studios, sometimes unannounced, and very occasionally I am lucky to view some fantastic paintings, ones that are totally unexpected. This was the case in my recent visit to London and the Make Space Studios in Lambeth. I’d gone there to catch up with Laurence Causse Parsley, another artist who was featured in issue #5 (Landscape..from Poussin to today). After we chatted for a while about her recent work, she gave me a guided tour of the large building which housed up to twenty artists or so.

Laurence escorted me round the labyrinth of corridors, gently tapping on various doors to introduce me to those artists that were behind them. It was one of those days wintery days in London, the kind that, if you need not venture out then it was better to stay in and watch You Tube videos. The skin-penetrating drizzle was driven by a biting wind, which was enough to put off most of the artists from journeying to Lambeth.

However one of the artists that made the journey daily, rain or shine, was Patrick Blower.

Laurence tapped on his door, and a voice shouted “come-in:”

As I walked into his studio his out-stretched hand was married with a broad smile, which immediately endeared me to him. I spoke a few a words to introduce myself, he reacted to my short personal  introduction with “You’re a Manc.” (sic: someone born in the City of Manchester, North West England, ‘Manc’ being a specific term to identify place of birth and specific culture). Patrick’s accent was soft, with a definite southern twang. His quick witted, almost caustic humour was however totally natural and inoffensive. It came as a surprise to me, to learn later, he was actually born in Brussels (1959) to a Belgian Mother and  a British Father. He says his “ head is in London, his heart is in Europe and his balls are somewhere over the North Sea.”…continued in the back issue – available soon,