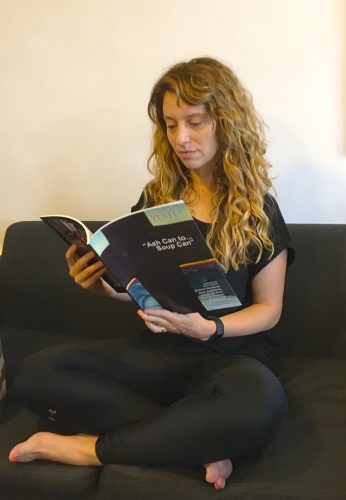 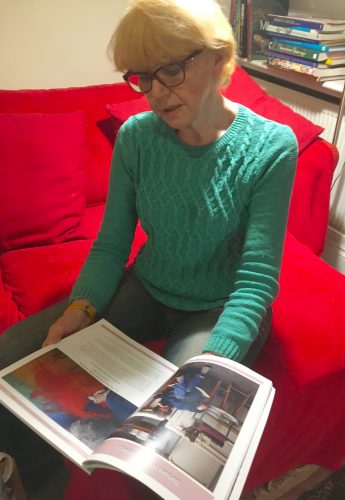 a new educational idea introduced way back in 1948, but now it is all but forgotten about.

…there is a belief that “you cannot teach anyone to become an artist.” And there is a great deal of substance to that view, that is if you believe Artists are born and not made.

This debate has gone on for many decades if not centuries, but perhaps none more so than from the middle of the 20th century to present day. In many ways the valid point that every single human on the planet is an Artist, is an argument that many Artists make often, and it is one that the Editor of this magazine has firmly believed in before today.

Obviously the criteria of a natural or a made artist have opposite opinions which is an ‘old bone’ we all chew over now then, as is  “What is Art.” – Intellectual theories and academic definitions don’t really clarify the debate on those particular pieces of well chewed bone, and it probably never will. Today, it seems that the only real option left open to us is to simply to say “everything is Art” or  “as long as the object is shown in an Art Gallery, then it must be Art”, by the very fact that it is in a Gallery”. This neoliberal Woke viewpoint has perhaps led to an Art that is more open, free and diverse, some people may say today, although there are many more who will totally disagree.

We live in a world that is constantly updating itself on social media, especially on their, ‘likes’ but rarely on their ‘dislikes,’ as far as Art is concerned. Some see this as a way to encourage, rather than discourage any person who throws their lot into creating Art. Personally, as an painter, I do agree with that position, but I can also add that pointed criticism can be delivered in a positive way and not necessarily with polemic negative flavours, as some people elect to do on Twitter (but there again Twitter in general is cesspit of ‘me, me’ maniacs), one presumes based on only their subjective and personal judgement.

What’s social media got to do with Art? Probably everything today.

It’s clear that academic dogma of what Art is and what Art is not, has pervaded in the UK’s Universities and Art colleges, if not now, then certainly over the last 30 years or so. For example, ‘painting’ has not only been taken off most of the University curriculums, but they have, in the not so distant past, actively discouraged students to submit paintings in their portfolios for consideration for a degree. Indeed I have been told by at least one parent, that a professor told their ‘child’, categorically, that by including ‘painting’ in their final year assessment portfolio, would lead to automatic failure. There may well be a change in that academic policy soon, for it is clear that ‘commercial interests’ have realised that paintings are far better suited, as far as turnover and regular profit is concerned, than much of the other forms of art can generate (installations, for example). And like all things in this world, money still talks the loudest. ‘Art’ is now just another product to be sold on all platforms and by anyone.

Before I continue I have to declare a conflict of interest. I went to an Art School from the age of eleven years old. And so I may be bias with my opinion in this article. However, I am hoping many other voices will present themselves to contribute to  either substantiate my thoughts or provide arguments in diametrical opposition to it, and thus create a much needed debate in the area of Art and Education.

Children who shown a more than the normal ‘interest’ in creating art, ones that continued to do so, on a year by year basis, from their first days at elementary school, were the basis for the creation of a specialised secondary school. This school (one of the few in the UK) was made into a sort of experiment by post world war two Governments. Perhaps it was the need to nurture the natural talent of children that would become the creative backbone for the needs of a society, one that was rebuilding after the second world war, perhaps that was the main motivation behind the concept of junior Art schools? The new society that would require designers and innovators in industries such as product manufacturers, textiles, construction and numerous new creative industries, say like advertising and marketing. The essential concept was to take selected children from various social, ethnic, religious and economic (classes) and provide a curriculum that was slowly graduated from the normal academic teaching (the 3 ‘R’s) to have a bias towards creative skills, and more in depth as the child progressed through the School.

The idea for the autonomous state funded MSoA sprang from the Manchester Art College who had, maybe by foresight, created a junior department around 1947. The first location being Byrom Street in the City centre. By 1950 the junior school was renamed as the Manchester High School of Art with an open (curriculum) mandate issued to it’s first (and only) headmaster, Earnest. A. Goodman (OBE). 1955 saw the introduction of what is now the infamous, ‘eleven plus’ examination, which graded children in three main categories – Secondary, High and Grammar levels. The Secondary school level could well be seen as a ‘factory-labour’ supply chain, the High School stream, as middle management providers and the Grammar School stream as the management and industry  leaders and decision makers. A system that clung onto the Victoria values of ‘class’ and ‘social status’ that ‘controlled’ how society functioned in the UK from the 1800’s and had proved itself  (according to various Governments and the ruling class) to be successful, although I for one, would say otherwise as far as the majority of the people was concerned.

The MSoA was graded as a High School, as there wasn’t really an actual yard stick to measure how it would perform. The middle grade option, must have seemed a reasonable fair bet at the time. The School was relocated to it’s own premises in a former Magistrates administration building opposite the City’s main prison, Strangeways, in Cheetham Hill, Manchester, a stones throw from the city Centre. The centralization of location was important as the prospective pupils would be gleaned from all the extended Manchester City council borders that was within reach of the public transport system. Pupils were chosen, or recommended by the teachers from, multi-religious, specific-religious and official Church of England state funded or private Schools. One pupil (in general) from each school from each district of Manchester was the overall modus operandi that was used. This was a contentious choice for the more right winged thinkers at the time as they saw it as a threat to equalize society, it seemed it was that integration of cultural thinking was a threat to the upper strata of society, more so than a beneficial contribution to it. A fear that was to be proved totally unfounded throughout the course of the Schools existence. In fact, the reverse happened, as the pupils became united by the School badge of ‘Exploramus’ and them all being labelled as equal fellow artists no matter what part of society that they originated from.

“Mr Goodman and his staff were obviously well advanced of the 21st century Governments of today Only now are they re-thinking the whole education system and hopefully seeing where they went totally and utterly wrong closing down specialised Art Schools for naturally gifted Kids.” …Denis Taylor. Artist

Making a mark to communicate is etched into our very DNA

Time Travel is never easy, so they say.

painters TUBES® Is a registered Trade Mark. All rights are strictly reserved. ®Copyright. Legal action will be taken against copyright offenders with our Legal Representatives in UK, Europe and the USA and the rest of the world. painters TUBES is a specialist art magazine and Art Gallery (VR) TUBES is also a design and production Company for Artists Catalogues. TUBES artists are curators of Artists Exhibitions. painters TUBES® are consultants, promoters and sponsors for Artists major projects in the UK and Europe. 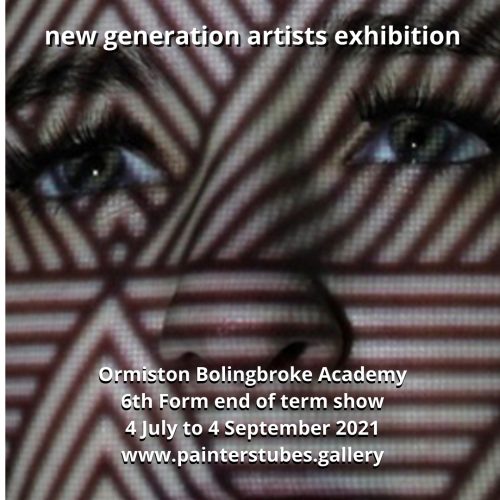 “painters Tubes is an exceptional publication and is far more than an Art Magazine. I and my work have been fortunate to be featured in TUBES with support through invaluable constructive advice and professional guidance.

As an Artist it’s so important to have fellow professionals to discuss ideas around projects, Denis (Editor of Tubes) has been brilliant in coaching expertise and I have highly valued his involvement.

Painters Tubes have been instrumental in creating the narratives to the projects that tie the work together through a literacy focus. Tubes have also provided their continuous support in terms of project catalogue production and sponsorship.

I am grateful to painters TUBES for their generosity in supporting my progress as a professional artist.

I highly recommend the publication as a leader in innovative contemporary art engagement and promotion.